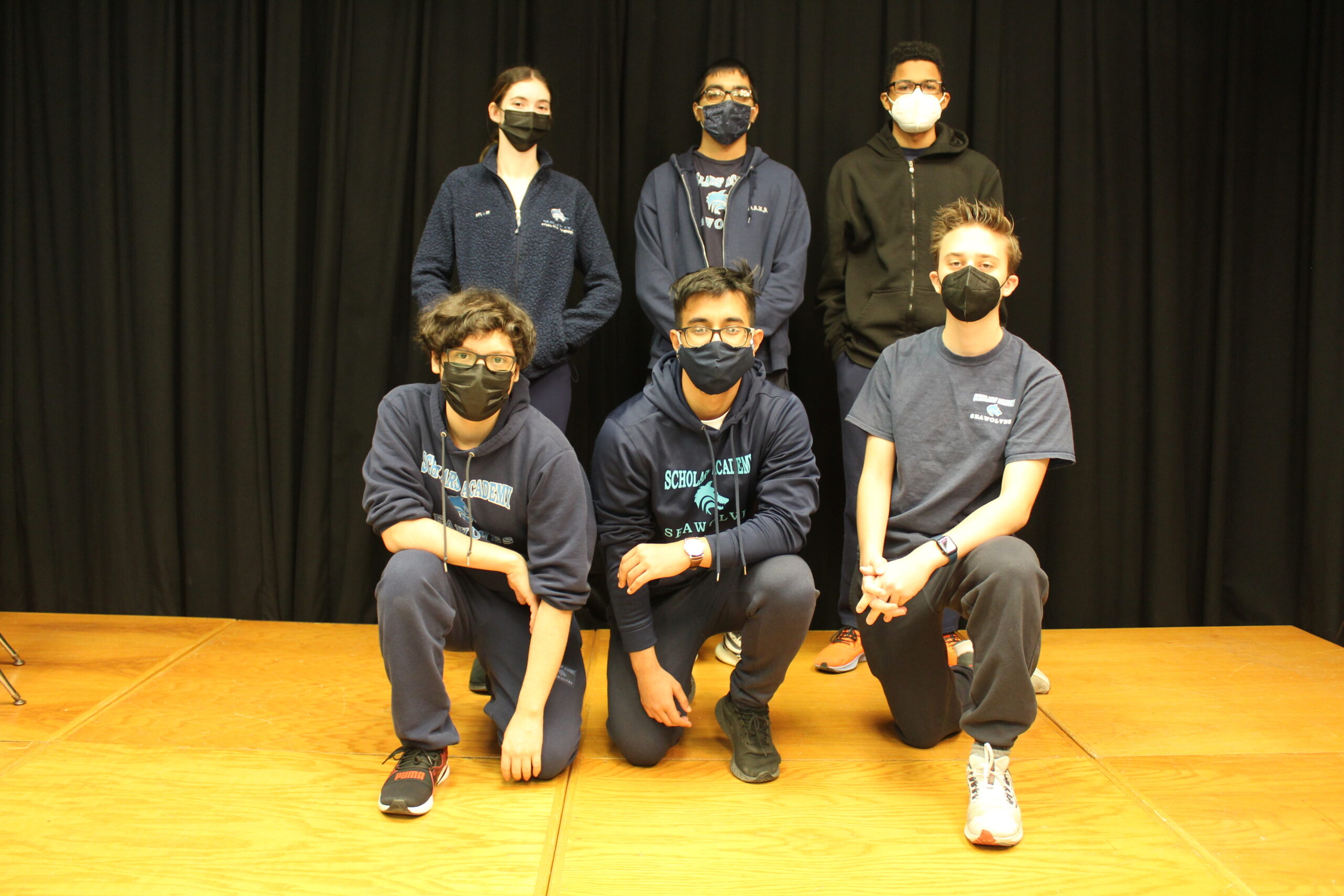 An excited group of 11th grade scholars realized their website needed an update. They didn’t want the Scholars’ Academy website to remain stagnant or behind the curve in functionality, design and efficiency, so they came together to develop a new modern website and create social media profiles for their school. This was a short term project that required real collaboration, creativity and determination from the students.

“Providing real opportunities for student voice and student leadership is an important part of preparing our students for college and career,” says School Principal Michelle Smith. “This site is a concrete example of the amazing things our sea wolves can achieve!”

For these students, the site project highlighted the importance of collaboration. For them, accomplishing the successful launch of the new website in a tight time frame was no easy feat. “It can’t be stressed enough how much of an impact working in a team has had not only on launch speed but on the quality of our work,” says Richard P., a member of the web development team.

Like any project, the process of creating a new website began with an idea, then research, sourcing, and building a team. This whole process started with Essam A and Richard B. In early October. By mid-November, the idea for the site was fully developed, the research was completed, and the necessary resources were at hand.

“I came up with the idea of ​​creating a new website because that’s generally the first thing anyone sees when searching for the Scholars Academy,” says Essam, who took the initiative to lead the development of his school’s website. “One thing I had to keep in mind is what happens after I graduate,” Issam says. “So for the website, I chose an easy-to-use platform instead of coding the site directly. Then we started developing the site along with other media projects like updating the TV studio software and launching the school’s social media platforms.”

Building a website of any kind requires a lot of contributors and time depending on its size and depth. The site of the Academy of Scholars was no different. Moving content from the old site and creating new content for the new site takes more hands. That’s when Issam recruited three other classmates: Darius A, Ridwan Yu, and Jaden A, and commissioned the work with Trello, a project management platform.

These students have remained committed to developing the entire website, while staying on top of their classes. They met in the school’s television studio during lunch, the classroom, and during which time their teachers excused them from their lessons.

“It can be said without a doubt that had this not been a team project, it would have taken a much longer time for the site to be published,” Richard says. “Creating a new school website with the rest of the media team is our unique way of giving back to the school community, and I’m grateful to be a part of that.”

Friday 7 January will be an unforgettable day for these students. Their hard work was announced. The website that took so long to build has just launched.

“It was a moment of relief when we set off,” Essam says. “It was a tough start, and I’m not going to lie,” he adds. “During launch day, I remember how we almost thought everything was deleted. Our account was blocked as soon as we transferred the files to scholarsnyc.com. Now it’s funny to remember, but at that moment, it wasn’t. But I’m happy Because we finally got the site.”

The new site was happily received by the school community, which made the web development team feel very proud.

“The new site looks amazing!” Ms. Smith says. “It is visually stunning and very organized. It is definitely time for that change! I am so proud of the media team for their work on designing the new website.”

“With today’s technology, it is always important to have an updated website,” says Ms Sobel, Parents Coordinator for Scientists. “Knowing that parents can find the latest information and any information they might need on the website is always great!” She adds.

The team took the wide spread assessment humbly. As web developers, they know that the real work is just beginning. “There is still a lot of work to be done on the website, including bug fixes, routine maintenance, and security,” Richard says. “The website team remains committed to making improvements and handling feedback throughout so we can ensure the longevity of the new website.”

Now that the new site is launched and linked to social media, the media team is focusing on creating content, developing more features on the site, branching out into other opportunities, and networking.

“Currently, as the student government’s media secretary, I plan to open new jobs to give student journalism a chance,” says Essam. “I will do that by using our website platform and building on that,” he adds. “My goal is to leave a positive legacy in this school, which current and future students can benefit from once I am gone.”

Seeing all that these students have accomplished, Ms. Smith is optimistic about the future. “I am definitely looking forward to continuing to grow our media programme!” concluded.