When ex-Facebook employee Frances Haugen tested before Congress in 2021 that Facebook—owner of Instagram—knew that Instagram could seriously harm girls’ wellbeing but did nothing about it, people across the world were outraged. According to The Wall Street Journal and Haugen, Facebook knew that using Instagram made body image issues worse for 1 in 3 girls; Another of their studies showed that more than 40% of Instagram users said they felt “unattractive” and that the feeling began while using the app. But the company brushed it under the rug and kept up business as usual.

Across the pond, researchers in the UK had earlier published a study with similar findings. According to a 2017 report called #StatusofMind, social media has positive attributes but is also negatively impacting young people’s mental health, with Instagram being the most negative for young women.

There’s the “evidence” which many parents and others have already seen up close and personal, that young people—especially girls—and then at a younger age painful unhappy with who they are daily to compare themselves to glamorized often manipulated images they see on social media.

Young people are virtually surrounded by and immersed in constant comparison to extreme and often manipulated images of “ideal” bodies and beauty. Especially at a young age, this constant comparison to unrealistic, extreme ideals can lead teens into dangerous states of depression, negative body image, and eating disorders, which can be lethal. And because social media such as Instagram uses algorithms that constantly supply images based on what we are already seeing regardless of whether the content is positive or harmful, the harmful content is multiplied and reinforced.

The pandemic has only increased the amount of time we are spending on social media. Not coincidentally, in the past two years the US has seen dramatic increases in mental health disorders such as depression, anxiety, and suicidality, and a doubling or in some areas tripling of rates of eating disorders among young people according to Dr. Bryn Austin of Harvard’s THChan School of Public Health. 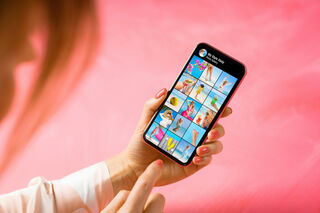 It’s been a slow road since social media came to be and we’ve officially connected the dots to our “status of mind” and health detriments to young people. While legislation or self-regulation of media corporations to protect kids from the deluge of potentially harmful online content may not be a reality, gradually more educators and policymakers are starting to do nothing that is not an option.

Through education, young people can learn to be more conscious of the business models used by media companies and understand the psychological and physical aspects of their media use. Thanks to organizations like Media Literacy Now, teaching students how to think more critically about the messages and motivations of media content and companies is slowly becoming more widespread.

Beyond the often slow-moving updates to education standards, other organizations are stepping up. Nonprofits such as Be Real USA, Mediagirls, RealizeYourBeauty, About-Face, morethanabody.org, and Beautywell provide their own curriculum and training to accelerate the pace of education in body image, health, and understanding of media’s influence and effects. These efforts to expand and update formal education have the potential to cause a very real, widespread change.

But as we broaden our ideas of health education and higher consciousness around the media, something that we don’t always zero in on, which fuels the body image and mental health problems that now exist, is—in a word—envy.

Our social media culture, and to some extent our economy, is largely based on envy. It gets especially complicated when it comes to appearance and being female. That’s because looking attractive, beautiful, and sexy are things that many women (and men) naturally enjoy and aspire to (to varying degrees.) So envy has largely gone unquestioned, legitimized. 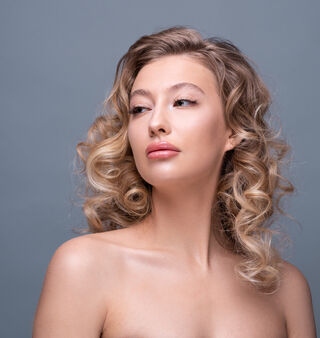 Social media (as well as traditional media like TV, print ads, etc.) is filled with images prompting lifestyle or beauty/body envy. Multi-million dollar advertising investments by companies selling fashion, makeup, diet, workout products, and cosmetic surgery constantly showing us “perfected” celebrities and models (including paid social media Influencers) promoting an image of face/body beauty they hope we’ll envy enough to want to emulate and part with our money, (which we now do to the tune of over 500 billion dollars.)

But clearly, large corporations and their ad agencies aren’t the only ones stoking our envy. Selfie culture, the accessibility of Photoshop-type apps, and massive peer-to-peer engagement via social media have changed everything. Anyone can and everyone is making themselves look “perfect,” and algorithms make sure we keep seeing more of the same. The epidemic of envy has many contributors.

In the deluge, it seems almost taboo, or weak, to actually talk about envy and its power over us. Not often do we really question how much, why, or that we envy who we do. In fact, many powerful emotional reactions we have—to media images in particular—we’re actually not even fully aware of, as they input into our brains on a subconscious level bypassing our rational thinking altogether.

Evolutionary psychologists tell us that comparing ourselves to others has had value for our survival, that living in the community has made our evolution possible, and our knack for social comparison keeps us in line with the protective “pack.” In addition, envy can motivate us in positive ways to achieve things when we may feel stalled or aimless.

But primal emotions that can serve us well in one context can be harmful in another. Looking consciously at our current culture and our personal values ​​can’t be bypassed.

How to beat body envy

So, what if we paused here, spent time really thinking about and articulating our envy reactions, the consequences they have, and taught our children to do the same?

We could start by thinking more about:

The discussion would of course include the role of celebrity actors, pop stars, models, and the paid use of social media influencers, but also how we react to our peers. We should be careful not to demonize any of these people; It’s more productive and humane to focus on whether and how much we should envy them based on the whole human being—not just face, body parts, or clothes—that we are and aspire to be. We can actively choose to envy them, or not.

Factors that contribute to body envy

The Catch-22 is it can be hard especially for girls and women to re-focus on and prioritize their “whole self” (ie personality, beliefs, actions, goals, accomplishments) when media images of girls/women focus on appearance take up so much space in the media landscape. Also, generationally embedded messages from family, friends, and the culture continue to communicate that appearance is a disproportionately large part of a woman’s “value,” and constantly comparing ourselves to other women is “normal.”

There’s also the fact that currently, women can reach such high status and high income based on appearance alone. (A small vocabulary hack is not using the term “supermodel” which can be replaced by the more descriptive term “fashion model”…again, without being a hater.)

And many other factors contribute to envy being embedded in our culture, including our history of discrimination, and defining beauty in such narrow ways. Until fairly recently in modern American culture, beauty looked mostly Caucasian and slim-bodied, unfairly leaving so many others on the outside of what society deems desirable, sowing envy and resentment. (The current Kardashian-inspired trend of idolizing voluptuous “slim-thick” images presents its own problems for many young women, as recently documented here.)

But disruption always starts somewhere, and even Instagram has in some corners become a place to disrupt itself.

Take, for example, the “Instagram vs. Reality” posts of Instagrammer Sara Puhto. These side-by-side images of posed fitness body pictures vs. unposed show how the “perfect” bodies seen on that platform look unposed, a drastic difference and feel-good moment that has gained Puhto a large following.

Another popular Instagrammer on the body acceptance bandwagon is Katie Sturino and her “Supersized” images. Sturino creates fun side-by-side images—one showing a thin celebrity dressed fashionably, right beside an image of her larger self happily and confidently in the exact same outfit. Like Puhto, Sturino is a social media hit.

Efforts toward a more informed use of media

The general movement towards a more conscious and informed use of media and technology is growing rapidly. Female and diversity are ideals recognized as highly important and long overdue. So while we’re at that intersection, we can think about how much of our precious life energy, health, self-esteem and confidence, spending, and financial status are affected by comparison and envy. We can look at it and talk about it honestly, and recognize that whatever makes us less confident and takes up a lot of our emotional and financial resources, is acting against our own success and equality.

We can reject the reflexive, powerful, embedded force of envy in our culture, in our history, and in our thoughts and habits, hard as it may be. We can find support, strength, and community as we do, in real life and through social media.

We can consciously decide who influences us and who doesn’t (un-following is just a click away.)

If we do, we have the potential to cause a pretty large, and pretty amazing transformation if not in the overall economy and culture, then in ourselves.