What’s next in the digital media entrepreneurship space?

Answers to that question are what Sean Branagan ’80, director of the Center for Digital Media Entrepreneurship and an adjunct faculty member in the SI Newhouse School of Public Communications, hopes to seed through his Fulbright Specialist grant project in Estonia this spring.

Branagan was awarded the prestigious grant to teach a digital media entrepreneurship course at cutting-edge Tallinn University. He’ll work with students and faculty at the public research university’s film, media and arts school and with community entrepreneurs for six weeks.

As part of the larger Fulbright Program hosted by the US Department of State, his Fulbright Specialist grant is one of 400 typically awarded each year to professionals and academics to share expertise, strengthen institutional partnerships, and gain international and other-cultures experiences. The grants are awarded based on academic and professional achievement, demonstrated leadership and the potential to foster cooperation.

Tallinn University is one of the three largest higher education institutions in Estonia and is ranked among the top 1,000 universities in the world. It promotes achieving an “intelligent lifestyle” through education, research and cross-discipline collaborations to promote citizens’ well-being and to improve society.

The digital media landscape is at another moment of acceleration, Branagan says, and that’s what prompted his interest in the Fulbright Specialist program as he and his peers started asking, “What’s next after the pandemic?”

Estonia is a perfect place to assess how the digital media future might unfold, he says. 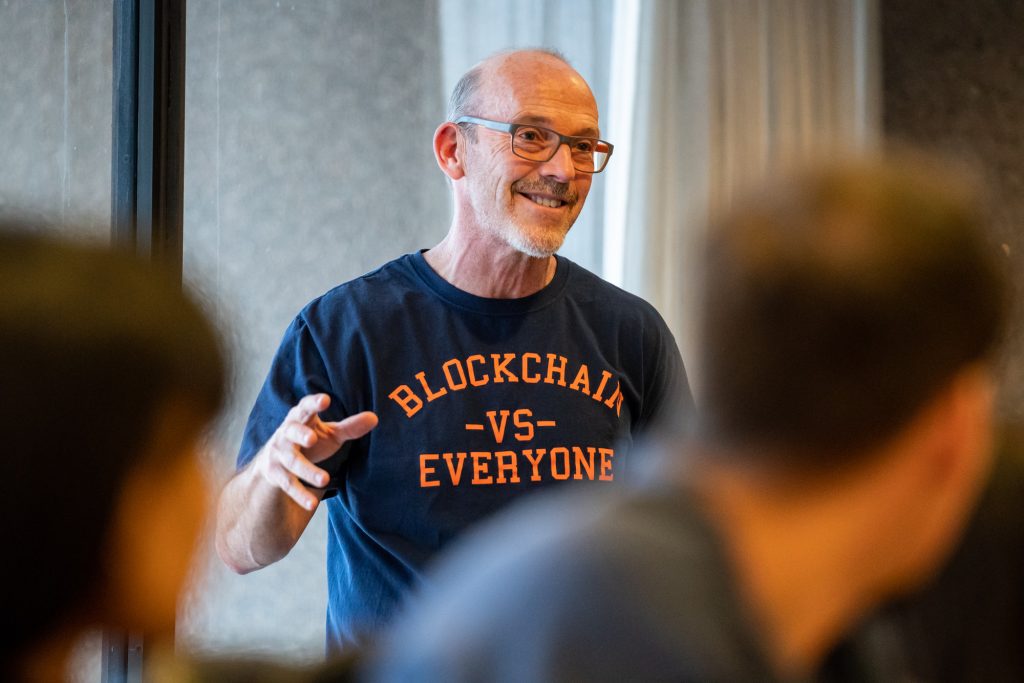 Branagan plans to optimize the current disruptive state, a business environment ripe for innovation and a world more accepting of change to teach Estonian students to take chances and create new types of media right now. He foresees a whole new group of creative lifestyle and small businesses, new media platforms and new business models emerging from this time.

“Right now, it’s all Game On. It feels like 2006 again, and I think we’re about to see another 20 years of major disruption taking place in the media world. There’ll be new players, new centers of media, new films coming out of unusual places. It’s going to be a mix and match of things that used to be very distinct. So, it’s opportunity time again,” Branagan says. “New voices, new media owners and new kinds of media create new narratives that change our culture and society. Media entrepreneurship is powerful. It’s a very accessible type of entrepreneuring. I see it as a force multiplier for social change.”

Branagan has been teaching digital media entrepreneurship since 2011, when the late Newhouse School Dean Emerita Lorraine Branham “took a chance on me,” he says, and established the Center for Digital Media Entrepreneurship.

In addition to starting lifestyle businesses and high-tech companies, Branagan served five years as an entrepreneur in residence at the Technology Garden in Syracuse. He has been instrumental in Syracuse University’s Kauffman-funded, award-winning Student Start-up Accelerator, and is the creator and co-founder of Student Startup Madness, a national collegiate startup tournament that culminated at SXSW. He has been involved from the early days of Syracuse University’s Institute for Veterans and Military Families entrepreneurship programming, and still teaches entrepreneurship to transitioning military personnel via the Boots to Business program. He also serves as an advisor, board member and in other roles with several early-stage startups and venture funds.

The professor has three goals for the project. They are to show students that entrepreneurship is a creative endeavor they can pursue freely, versus a mechanism or a business focus; to help faculty cast aside myths about who are (“because the entrepreneurs getting a C grade is more likely to innovate and do something creative, unusual, and non-conforming”); to share perspectives with and soak in the Tallinn startup community.

How will the immersion in the Estonian innovation space disrupt him?