Skip to content
WhatsApp might only be an instant messaging app, but it plays a vital communication role for a lot of us. Meta Platforms’ instant messaging application is one of the most famous messaging apps around the world because it is one of the firsts that offered encrypted internet messaging. WhatsApp’s availability on cross platforms, Android and iOS for example is its best feature. Not only is the app simple and easy to use, it keeps on innovating new features to offer to its two billion users. WhatsApp has completely revamped the modern communication we know, and it continues to roll out new innovations to enhance the experience of its users.

Previously, WhatsApp tested an update, through its beta program, which brought news about a redesigned subtitle viewpoint. With the help of this update, users were given the ability to upload media content through chats to their status which was only possible through the camera tab.

Yesterday, WhatsApp unleashed another update, which upgraded the version to 2.22.4.1, as per WABI, the new version contained changes for media visibility. After working on new features like disappearing messages, many discoveries were found about references of a new option that would prevent viewing the media gallery of your phone when disappearing messages are enabled. WhatsApp wasn’t trying to prevent you from taking screenshots, but the feature was simply not supported and planned out.

Then after WhatsApp’s beta UWP (Universal Windows Platform) update, WhatsApp improved some of its elements of the user interface. With this, news about a change made in global voice note players came out. Apparently, the new UI interface included the ability to pause, resume, dismiss the voice note, and it even had a progress bar. The new feature would allow users to listen to the voice notes even when you switched to a different chat, meaning the note will keep on playing in the background. However, this was only out for iOS testers only. WhatsApp has finally released the same feature for WhatsApp Desktop too, as reported by WABetaInfo. 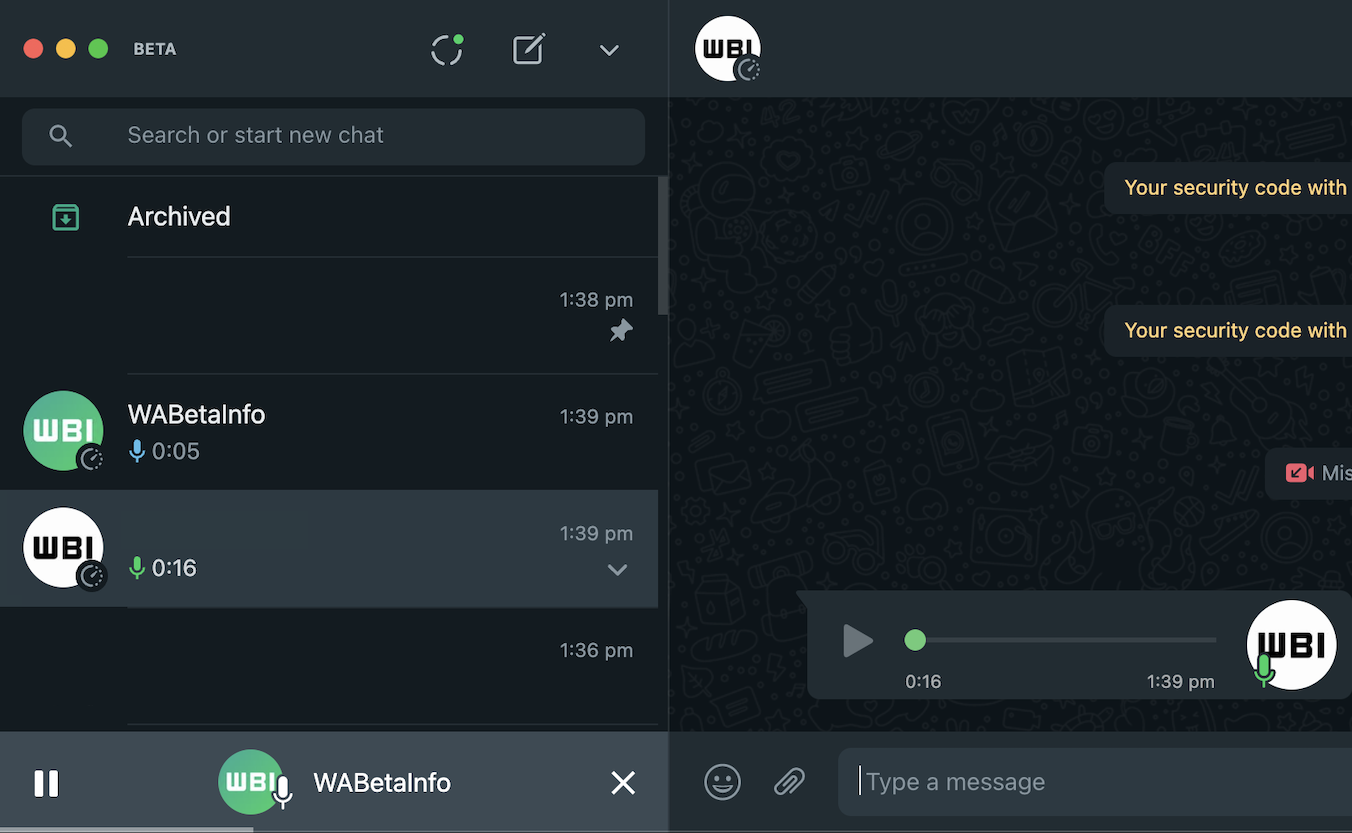 Like you see in the screenshot above, WhatsApp won’t stop playing the voice note when you switch to a different chat and thankfully with the bar, we have control over the note using the playback button. A progress bar is also available that indicates when the voice note ends.

A new update is also planned out for Android users to be released which will contain the following features in it. Android users will be finally able to enjoy the same features as their counterparts.

Read next: WhatsApp is back with yet another amazing update to help users save their time