The word ‘Cult Sneaker’ is most often used to describe a pair of sneakers that has people queuing up outside global stores, often paying hefty premiums for re-sold shoes and frantically posting these acquisitions on social media. The question remains: What makes a sneaker a collectible with a cult status? We asked content marketeer and self-confessed sneaker head, Mumbai-based, Gaurav Jain to weigh in on this. “Something that is either innovative, artistic or purveyed by someone iconic will end up as a cult pair. Some die with the hype but there are others that are truly iconic and stand the test of time. Air Force 1, Chuck Taylor All Stars and Jordan 1s are great examples of such cult classics.”

As fandom kicks in…

…We spoke to some enthusiasts who occupy ringside seats to the sneaker market to understand what makes a good sneaker brand and what sort of marketing drives this trend? According to Rajat Khurana, Managing Director at ASICS India and South Asia: “Building a great footwear brand is mostly driven by a strong focus on style and innovation. Technology, creativity and exclusivity will help draw customers.

When a sneaker fulfils the above criteria, supported by the right marketing tools to narrate the product story to the potential audience with a personal connection, it builds advocacy.” Sports-heavy brands like ASICS continue to peddle their legendary products like the GelLyte 3, Gel Kayano 14 and Gel Nimbus 9.

But it’s not all glitz and glam, says Shibani Bhagat, founder of homegrown sneaker brand 7-10. “I think a brand can trend only when it has a solid product. To create an impact, the sneak-er needs to build a powerful identity, send out a strong message and offer a robust product. If it’s just built around hype and not product, I don’t think it can trend for very long. He will ultimately have a short life span.” This leads us to our next question. Is the hum around sneakers a user-generated one or something that shoe marketeers themselves have created? Jain says: “It is symbiotic. Influencers and magazines generate hype, and brands restrict supply intentionally or create limited runs, which drives the frenzy. There are people who can game the system, cop the drops and make a buck. It is a win-win situation because it keeps the brand in play, gets magazine and influencer eyeballs and clicks, and the re-sellers get rich. Only the end users tend to get shafted.”

Sangeet Paryani plays an important role in the sneaker retail ecosystem with his popular premium retail store, Superkicks—it deals in collaborations, latest drops and limited editions. What launched with one store in 2018 now has a presence in Mumbai, Delhi, Bangalore and a new store in Guwahati. “I think the most unique trend within the Indian market is street wear. For instance, classic pieces such as Air Force 1s, Adidas Superstars and Reebok Club Cs, will never fall out of trend. The trend is moving towards comfortable, open footwear like Birkenstock, Crocs and the Yeezy Foam Runner. The latest iteration of easygoing footwear style took the form of the Salehe Bembury X Crocs Pollex Clog, which was an instant sell out.” While on the subject of cult sneakers, Pa- ryani adds: “Typically, brands that do not follow any trends usually end up being in trend. 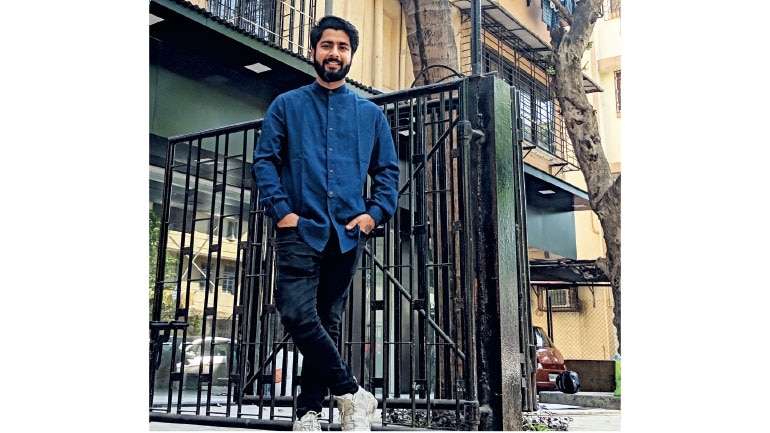 For instance, the era where New Balance was in trend passed ages ago, however it is still considered to be a timeless brand. Another example, Salomon, a company, which was associated with the outdoors, has come back into the limelight. The Salomon ACS Pro Advanced sneakers are trending on TikTok and is said to be the sneaker of the year. According to Paryani, the most unique shoe sold in the store was the Superkicks collaboration with Fila—the NH8. “The sneaker was limited to just 90 pairs, all of which sold out within one day.” Anchit Kapil, CEO of Crepdog Crew, a sneaker (and street fashion) platform across Instagram, a website and now a megastore in Delhi adds that “the market for sneakers and resale sneakers is an inclusive one. A young sneakerhead may camp outside a store overnight to get his hands on a pair for, let’s say, Rs. 20,000. The minute he steps out of the store, its value shoots up to Rs. 80,000, and another, perhaps wealthier collector will instantly buy it. So there is a place for everybody in this market, he says.” Kapil started Crepdog Crew with his business partners after hunting for Yeezys with great difficulty, he adds. “The market did exist, but spaces with good customer service did not. There was no sense of community, which retail spaces like ours are now creating,” he adds, of his store, which now is a sneakerhead community cultural landmark of sorts, with a cafe, restaurant, basketball court where they even host several events now . Basketball legends often drive the build-up for many cult sneakers

Major luxury players have also hopped on to the sneaker bandwagon—from the likes of Gucci and Louis Vuitton to Balenciaga and Prada, the options are endless. The ink has barely dried on the new global collaboration between Gucci and Adidas, with the two global fashion giants combining their iconic motifs and logos on sneakers, clothes and accessories. Designed by the Italian luxury house’s creative director Alessandro Michele, the Adidas X Gucci collection relies on retro aesthetics, which have been reinterpreted to modern codes, showcasing the Adidas Trefoil and the GG monogram.

In recent times, the past year or two, the sneaker market has seen some stellar drops (as insiders call it) from the major players. In January 2022, the Louis Vuitton X Nike collaboration was all the rage. The Air Force 1 sneaker created by the house’s creative director, Virgil Abloh, was released after his death in 2021. Two hundred pairs of this sneaker, designed in Louis Vuitton’s monogram and Damien patterns were auctioned at Sotheby’s and the proceeds were donated to the designer’s fund. The Converse x Rick Owens DRKSTAR Chuck 70 sneakers is yet another collaboration that took social media by storm. Rick Owens has been making sneakers for years, but this iteration is a nod to the source material that defines this sneaker. The sneaker was released in different color editions as well. “The most expensive pairs that we sell in-store, are within the line of Yeezy sneakers from the collaboration between Adidas and Kanye West,” says Mumbai-based Paryani.

No points for guessing that Balenciaga’s Defender sneakers were highly contentious on social media, eliciting equal parts love and hate. The mastermind behind the brand, Demna Gvasalia, is known to retrofit his sports shoes with hefty, hulking soles. This year’s Defenders are definitely a conversation starter. While on the subject of Balenciaga’s unconventional approach, the brand was in the news recently for a hotly debated ‘Paris Sneaker’. This entirely worn out and destroyed, limited edition sneaker was released in a variety of editions fetching up to $1,850. The brand was mercilessly trolled on social media. That apart, it was undoubtedly a conversation starter and created a lot of buzz on social media, which— debatably—did work in favor of the brand.

Earlier this year, cult musician Drake collaborated with Nike to release the Hot Step Air Terra Drake NOCTA sneaker, with its unmistakable retro aesthetic and chrome accents. The shoe retailed at US $150 but is now said to be going for more than US$ 1,500 in resales. This year’s most talked-about reissue is the Air Jordan 12 “Playoff” (2022). To celebrate 25 years of the Jordan 12 (which Michael Jordan wore on his famous Flu Game), Jordan decided to reissue a 2022 edition of this iconic sneaker. It features a shank plate in carbon fiber and stylish quilted ac-cents. Similarly, Adidas has re-released the Crazy 97 (once known as the EQT Elevation), which was worn by Kobe Bryant when he won the NBA Dunk Contest in 1997. Clearly, a kick of nostalgia helps brands get a foot in the door.